Incognito_RCM is a bare metal Nintendo Switch payload that derives encryption keys for de- and encrypting PRODINFO partition (sysnand and emummc) and wiping personal information from your Nintendo Switch as to go online while worrying slightly less about a ban. It has a builtin backup and restore functionality.

It is heavily based on Lockpick_RCM and takes inspiration from incognito.

This project is in early stage, so have a nand backup!! 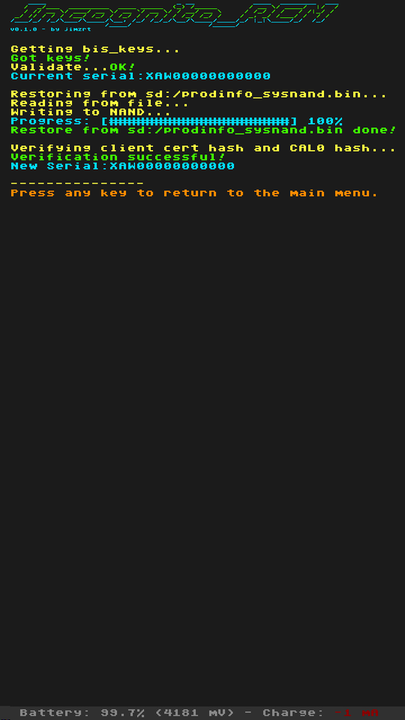 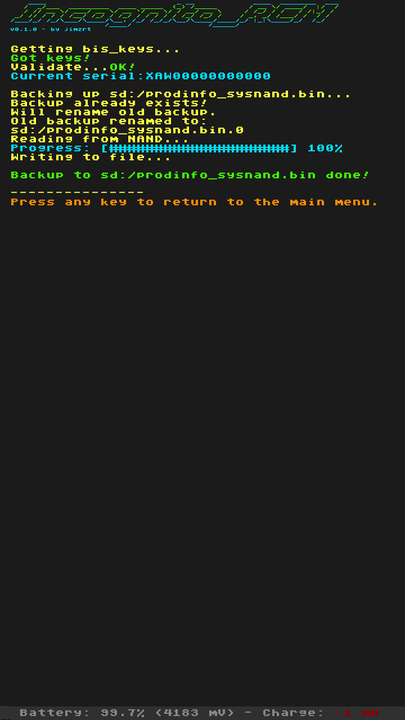 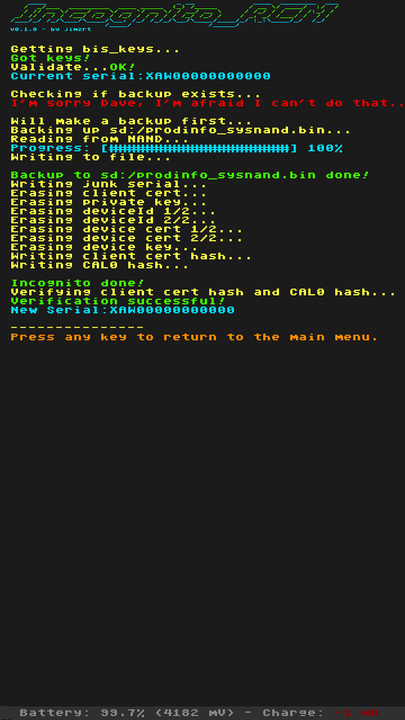 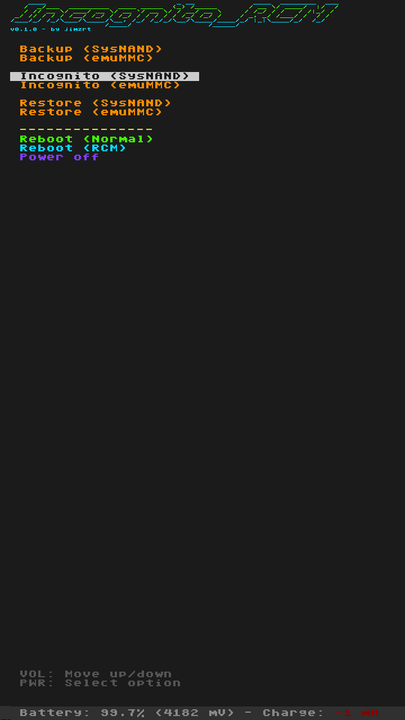