This is a simple test app for your PS2 RDRAM.

It is an open source version of the test performed by rom0:TESTMODE.

When launched TESTMODE waits for a test code from the mechacon and for the normal user there is no way to do that.
Even if it would, to view the result you need to have a EE sio cable attached etc.

There can be many general RAM tests used for the PS2 but using the original way of testing seems the best option.

Source code included (trying to be as most accurate and identical to TESTMODE code). 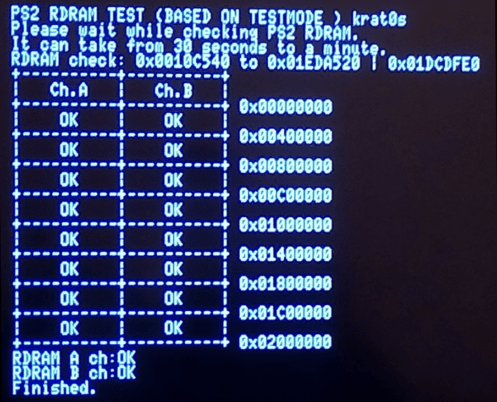