If you are looking for Tinfoil, this is Tinfoil's safer and way more extended evolution.

Goldleaf has a very similar concept to FBI, which is a similar tool for Nintendo 3DS homebrew.

These are its main features:

Among all this features, Goldleaf is a very intuitive tool, with a fancy UI, and fully translated into 5 different languages: English, Spanish, German, French, Italian and Dutch. 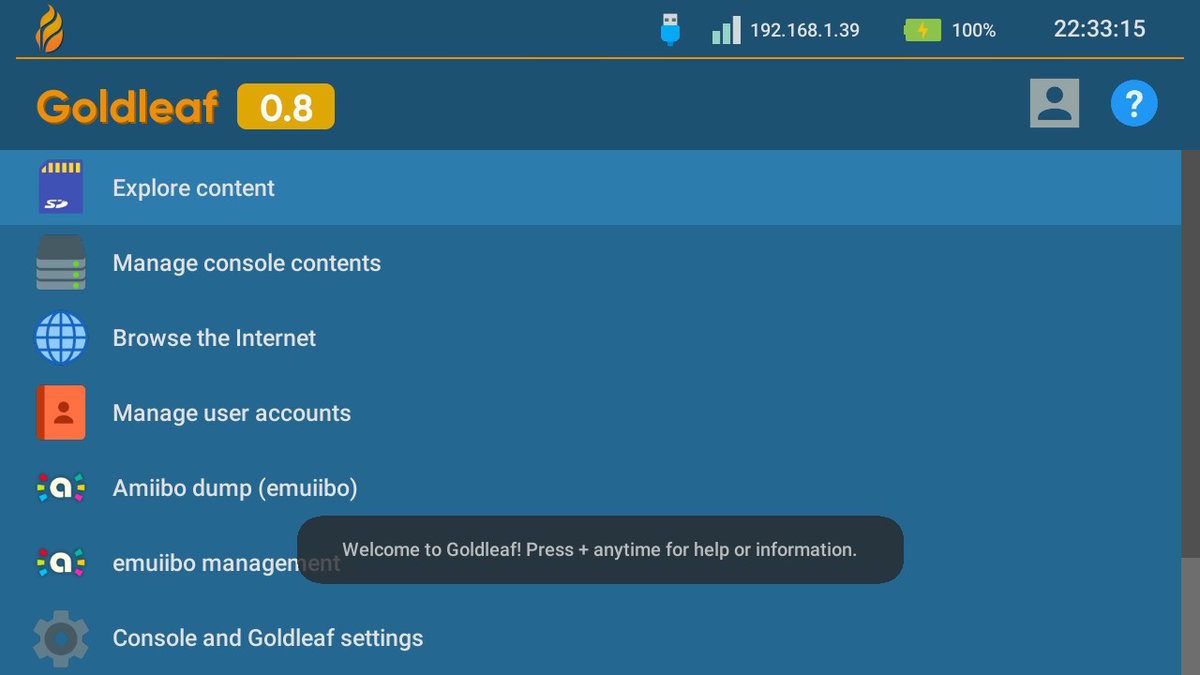 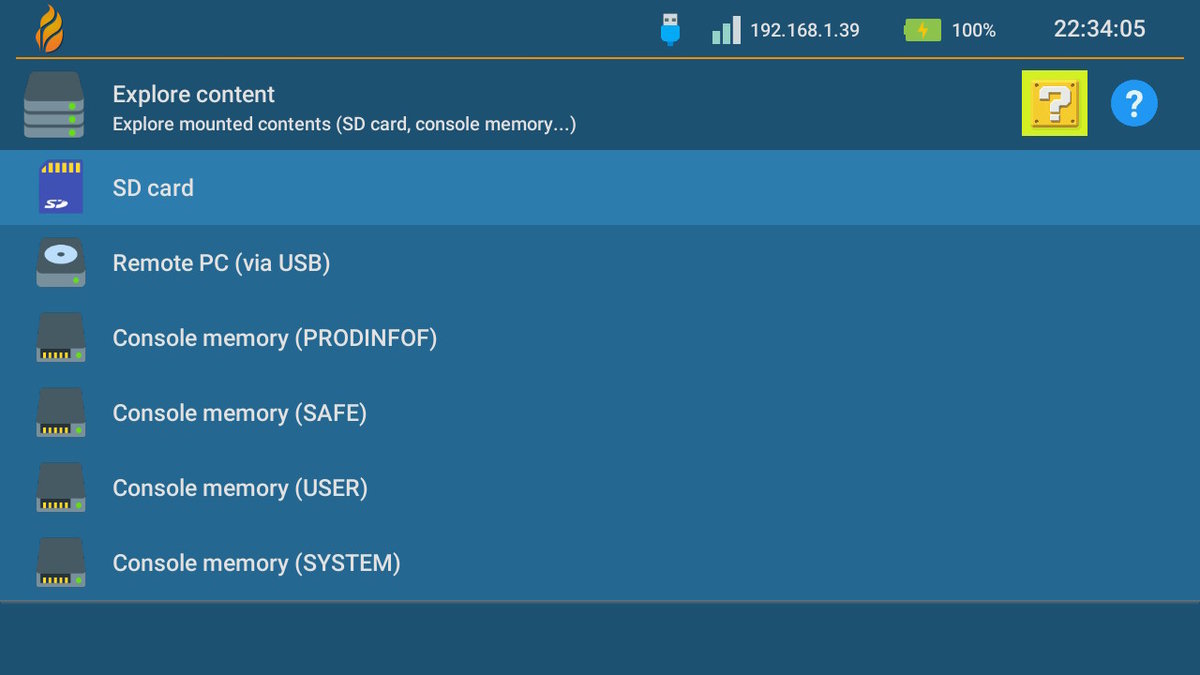 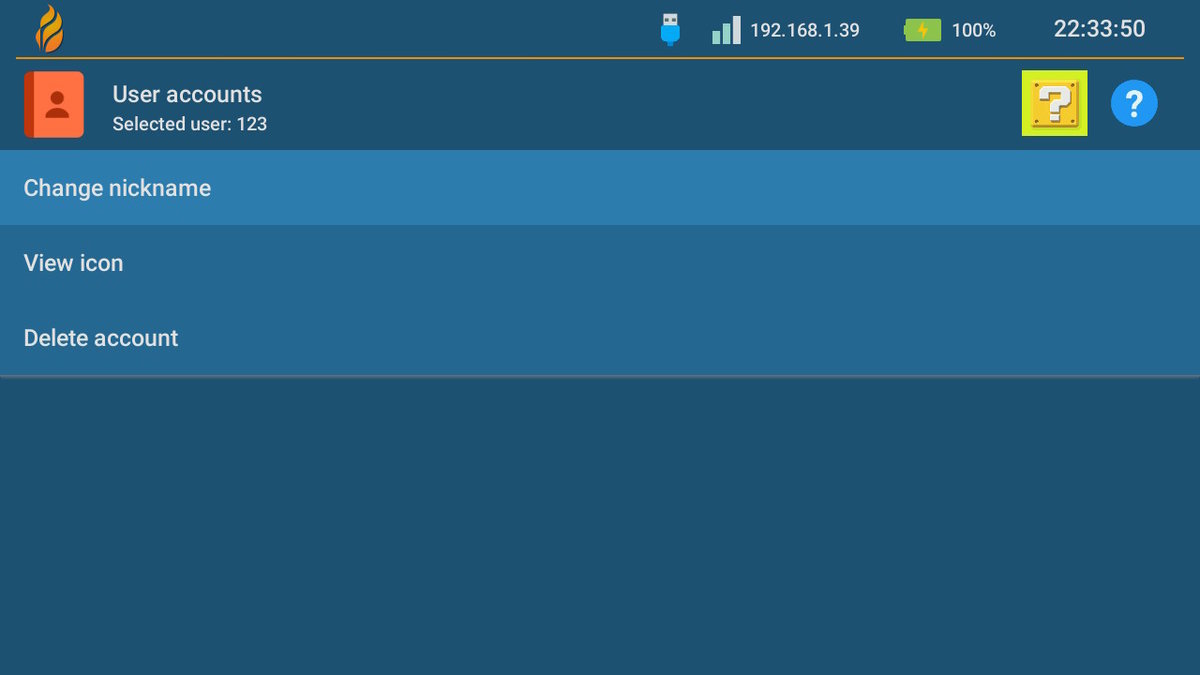 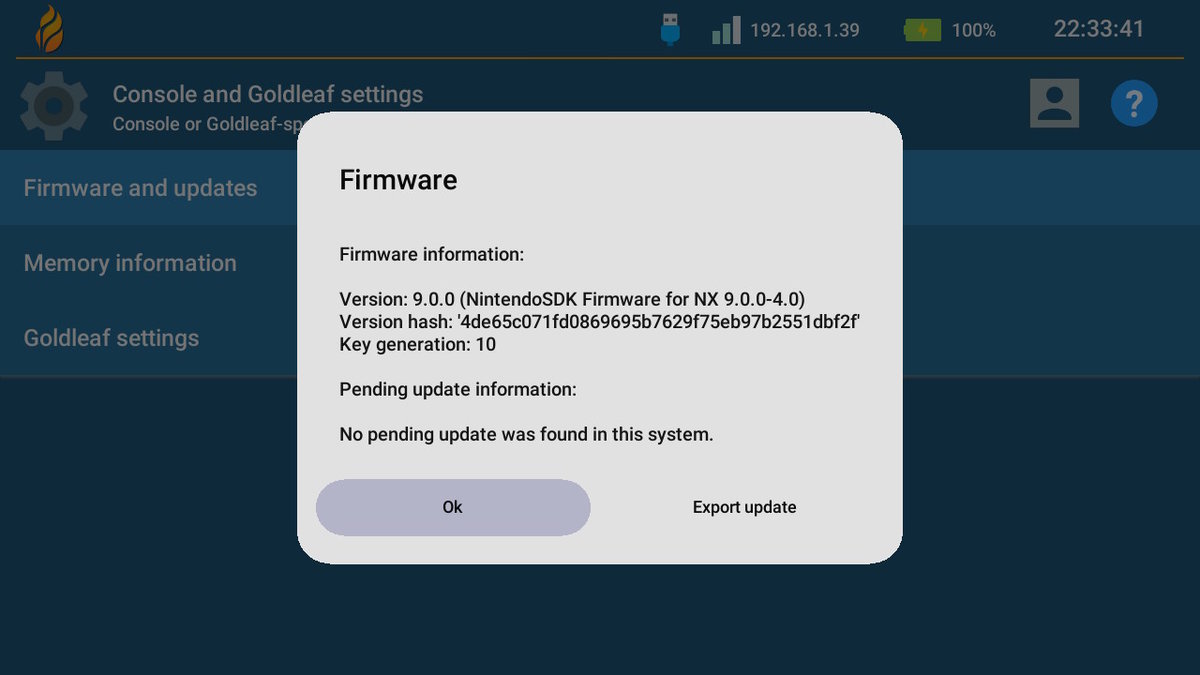 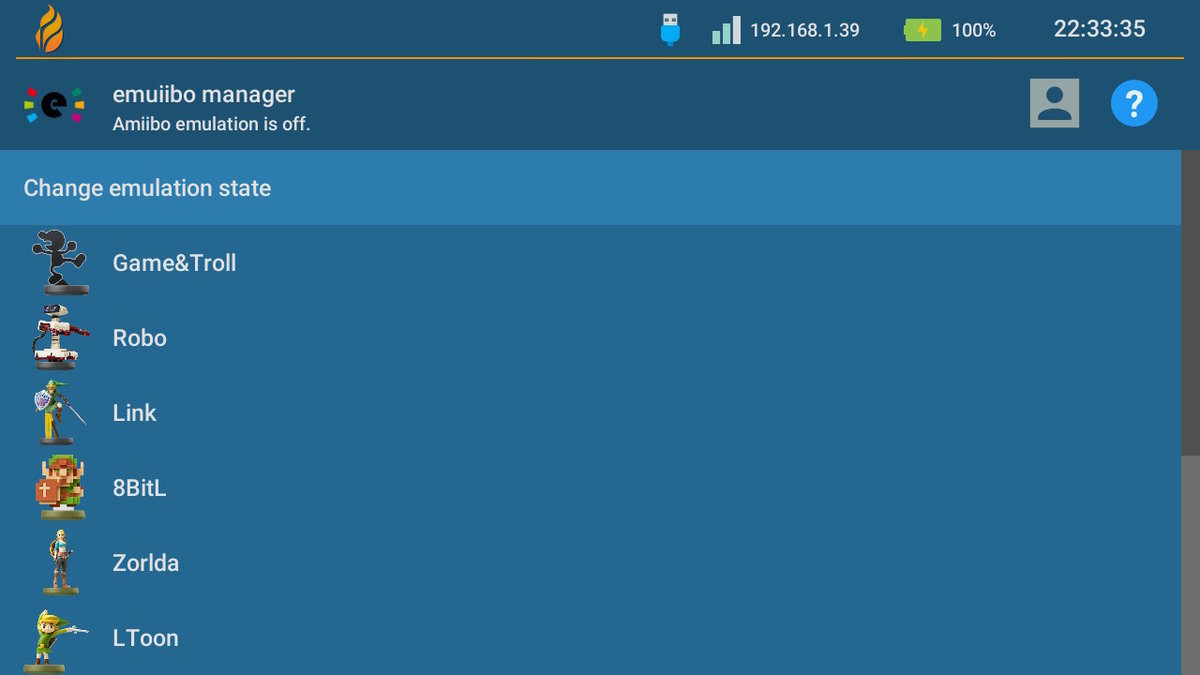 Always keep in mind that installing NSPs can be a very easy way to get banned. If you use airplane mode and special DNSs like 90DNS, there is a smaller chance to get banned.

NEVER install untrusted NSPs. Goldleaf doesn't do any special verification, so please make sure that what you decide to install was obtained from trustworthy sources.

Tickets represent a game purchase, but technically speaking, you can't boot a title if the ticket isn't present (in case the title requires the ticket).

Goldleaf will display whether a ticket is present or not, and if so, it's titlekey. Titlekeys are required to decrypt and access titles' content which require a ticket. Otherwise, they are undecryptable, hence unlaunchable by the system.

TL;DR: Always try to avoid untrusted NSPs, and if you go ahead and install CDN NSPs with tickets, avoid going online, or use special tools such as 90DNS, or you'll be banned for sure.

Quark is a PC tool, with a fancy UI and made in Java, in order to help Goldleaf with the remote PC option. It should work on Windows, Linux or Mac.

Only requirement for Quark to work is JRE/JDK 8u60 or higher.

Goldleaf is released along with a NSP, in order to launch Goldleaf as an installed title, and take advantage of extra RAM and features such as web browsing.

The NSP is a forwarder since 0.6, what means that, instead of having Goldleaf's source inside the NSP, it simply loads the NRO from the SD card, meaning that only the NRO should be updated instead of having to reinstall the NSP.

Goldleaf's forwarding code tries to locate Goldleaf (Goldleaf.nro) in sd:/switch/ and sd:/switch/Goldleaf/. If it isn't found, an error message will be displayed.

Goldleaf supports the customization of colors, assets and other options via a JSON file located at Goldleaf's folder: sd:/switch/Goldleaf/settings.json.

If a certain attribute isn't present Goldleaf will use default values. For colors, Goldleaf will initially load default light/dark themes according to the console's theme color, and later, colors present in the JSON will be used instead of default theme ones.

Via RomFs replacement, when Goldleaf tries to locate, for instance, romfs:/FileSystem/FileDataFont.ttf resource font, if romfsReplace is true and romfsReplacePath is, for instance, /switch/Goldleaf/testromfs, Goldleaf will look if sd:/switch/Goldleaf/testromfs/FileSystem/FileDataFont.ttf exists and use it if so, otherwise will use RomFs's one.

So, via this configurations, UI's images, resources, element sizes and even translations (using custom JSON translations) can be used, plus some more assets which will be added in future updates.

The main concepts of Goldleaf are and have been developed by me (XorTroll), but without the effort and support of many others, this project wouldn't have been a thing: