DS4Windows is an extract anywhere program that allows you to get the best DualShock 4 experience on your PC. By emulating a Xbox 360 controller, many more games are accessible.

This project is a fork of the work of Jays2Kings. 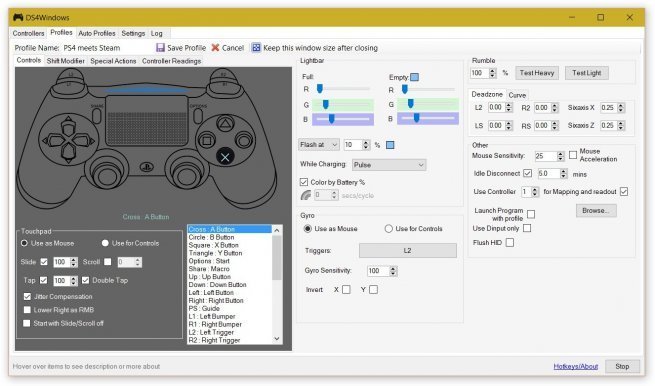 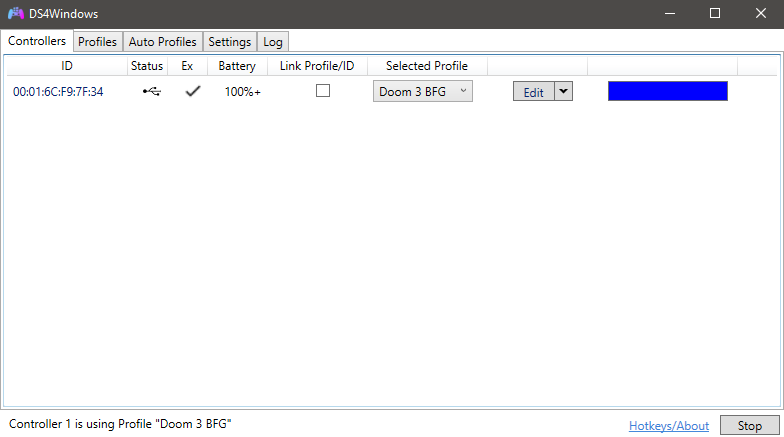 If your DS4 is not detected by DS4Windows and the lightbar continues to flash yellow, there is a chance that Exclusive Mode has permanently disabled your DS4 in Windows. The easiest way to test if this has happened is for you to plug in the controller into a different USB port and see if it works then. Although this problem mainly affected older versions of DS4Windows (text written after version 1.5.15) for various reasons, other mapping programs can cause the same problem to occur.

If you suspect that your DS4 has been disabled, open the Device Manager (Control Panel\Hardware and Sound\Device Manager) and look for devices listed under the path "Human Interface Devices\HID-compliant game controller".

If the icon shown for a device has a down arrow icon then you should check the device's device instance path and see if the device is a DualShock 4 device. Right click the device item and select "Enable device" from the menu. That will re-enable the device and be seen by applications again.

With recent updates to the Steam client at the time writing this (2018-12-13), Steam has enabled Xbox Configuration Support in the Steam client by default. What this means is that Steam will automatically map a detected Xbox 360 controller to KB+M bindings initially (Desktop Mode) before launching Steam Big Picture Mode or launching a game. This presents a problem for DS4Windows since the created virtual Xbox 360 controller will be mapped to KB+M actions for desktop mode and games launched outside of the Steam client. In order to use DS4Windows properly, you have to open Steam Big Picture Mode, navigate to Settings > Controller> Controller Settings and uncheck Xbox Configuration Support along with PlayStation Configuration Support.